Maryland’s Chesapeake Bay Bridge is a frequently researched topic. If you live in Maryland, you’re most likely familiar with the bridge. But, did you know that travelers used to “pawn” personal items so they could cross the bridge when they didn’t have the money to pay the toll? People who live in other states are under the impression it’s one of the scariest bridges in the United States, but is it really scary? Keep reading, because you might just learn something new about Maryland’s Chesapeake Bay Bridge.

Where is the Chesapeake Bay Bridge Located?

The Chesapeake Bay Bridge is officially named the “Governor William Preston Lane, Jr. Memorial Bridge” (that’s a really long name). It’s named after the 52nd Governor of Maryland. We just call it the “Bay Bridge”. It’s now a major dual-span bridge located in Maryland, but it wasn’t always that way. It was built to connect Maryland’s Eastern Shore with the Western Shore, so there was a means to cross the bay other than going by boat. The bridge is part of U.S. Route 50 and U.S. Route 301, and it connects the Baltimore-Washington Metropolitan area with Ocean City, MD., Rehoboth Beach, Delaware and other coastal tourist destinations.

When was the Chesapeake Bay Bridge Built?

Construction began in the late 1940’s after decades of controversy. The original span opened in 1952 and was the world’s longest continuous over-water steel structure. It was just a single span, with traffic moving in opposite directions from one side of the shore to the other. The 2nd span was then added in 1973 due to the increasing amount of traffic. The bridge is busy and has become known as a point of traffic congestion, particularly during peak hours and summer months. The backup to cross the bridge on a summer Friday night can easily be miles and miles, and take hours to actually get to the point where you can go across. 10 mile backups can be the norm.

What’s the History of the Chesapeake Bay Bridge?

Here’s a true story about the Bay Bridge that a lot of people don’t know about. After the bridge opened in July of 1952, some motorists didn’t have the money on them to pay the toll to cross the bridge. It was common for motorists to offer personal items as security in lieu of paying the toll. Toll collectors accepted a wide variety of items including: spare tires, auto jacks, fountain pens, umbrellas, and watches, among other things. This camera was one item that was left. How do I know? This lady just happens to be my grandmother, who worked at the bridge.

Then, twice a year, bids were accepted from junk dealers and secondhand shops. The winning bidder got the items, and their bid was used as reimbursement for the unpaid tolls.

How Many Chesapeake Bay Bridges are There?

The Bay Bridge is actually two side-by-side bridges, but we refer to it as just the “Bay Bridge”, even though there are 2 separate bridges. The first bridge that was built is now the eastbound span, and the newer bridge is the westbound span. But, sometimes, to get traffic moving, the authorities will switch it up and you’ll have cars going across the same span in opposite directions. Yes, it sounds confusing, but it works!

How Long is the Chesapeake Bay Bridge?

The original span of the Chesapeake Bay Bridge is 4.3 miles. The second span, because it runs alongside the original, is also 4.3 miles long.

How High is the Chesapeake Bay Bridge?

At its highest point, the Bay Bridge is 186 feet above water. On a clear day, the views can be spectacular. If you’re the one driving, you’ll want to keep your eyes on the road. However, if you’re a passenger, you will enjoy the views of sailboats, barges, and Sandy Point State Park.

Is the Chesapeake Bay Bridge Scary?

It’s a tall and long bridge. If you have a fear of bridges or a fear of heights, this bridge will probably cause you anxiety. Why? Because there are mo shoulders or emergency pull-offs, and it’s high above the water at it’s peak. Personally, I was surprised to learn this is labeled one of the scariest bridges in the US. For me, it’s not scary, not even a little bit. But that’s probably because I’ve gone over this bridge many, many times since the time I was young. However, for someone with a fear of heights, I can kind of understand how if might be scary.

Moving In or Out of Maryland?

Connect With an Agent from Melissa’s Network of TOP REALTORS®

Connect with a TOP REALTOR® Here

Melissa Spittel is a local real estate expert who serves Carroll County and the surrounding areas in Maryland. Her knowledge, skills and experience are invaluable when it comes to buying or selling a house. Her experience working with out-of-state buyers and sellers makes her a great relocation REALTOR®, and she is part of Coldwell Banker’s Relocation Team. Do you need a real estate expert in another part of Maryland? Or even in another state? Melissa can easily connect you with a REALTOR® from her wide network of real estate pros.

Ask Your Questions Below to Have Them Answered by Melissa, The Real Estate Expert 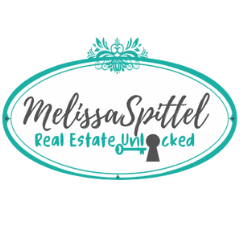